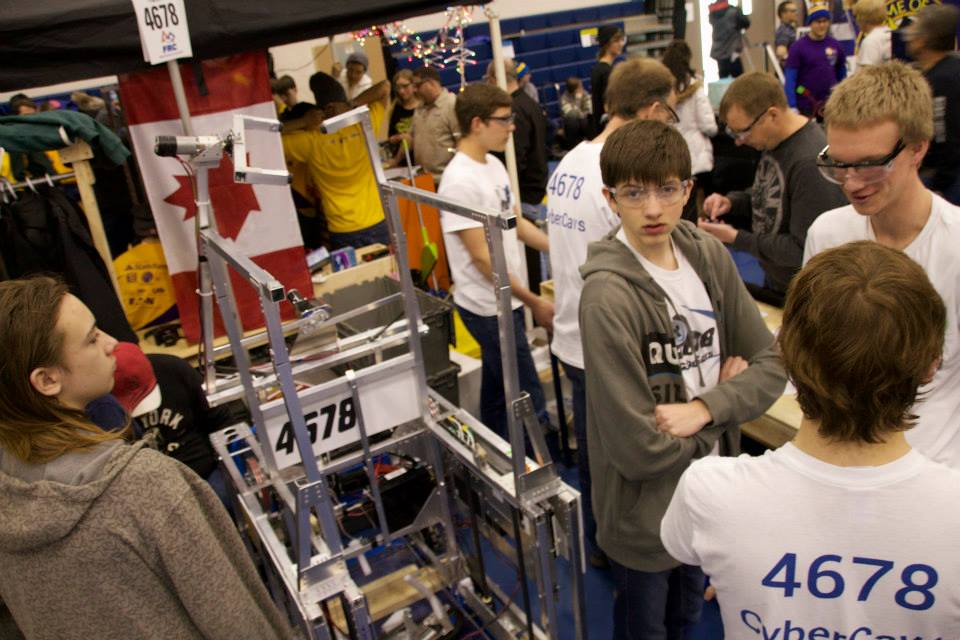 It’s not every day you see eighteen thousand youth from forty different countries wrangling eight hundred robots in one auditorium. You could describe the 2015 FIRST Championships as a sports event of sorts—but the competition, held in St. Louis Missouri this year, also sounds a bit like the opening scene of a science fiction movie.

From April 22nd to the 25th the Robotics team at Woodland Christian High School (WCHS) had the chance to experience some of that surreal excitement, as they competed against robotics teams from all over the world.

This isn’t the first time that a passion for robot design has taken WCHS Cyber Cavs beyond school walls. The team is only in its third year, but it took first place at the North Bay First Robotics Regional competition this spring, securing members a spot at the St. Louis championships.

The process kicked off in January, when First Robotics revealed what the new competition would involve, and what function the new robot would need to demonstrate.

Last year it had to throw a ball into a hoop—this year, the robot needed to stack a rectangular plastic tote and large recycling bins at different spots in the arena to earn the team points. The more bins and totes the robot could stack in two and half minutes, the more points the team received. 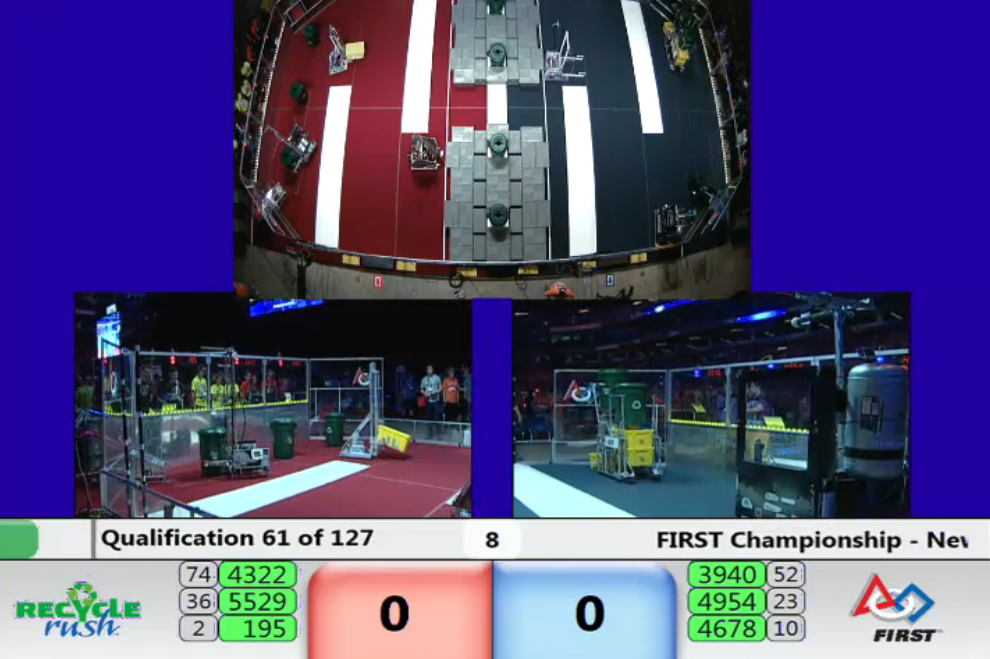 In an article about the tournament published by the Waterloo Record, a quote by grade 11 student Nat Stroobosscher (a hardworking Woodland Cyber Cav) sums up the experience well:
"It’s like one of those intense basketball matches where you have to get a three point shot to win the game," he says.

The timeline is tight and teams must work within alliances to gain points before the buzzer sounds. Referees are always close by, ready to give out penalties for even the smallest of rule violations.

The Woodland CyberCavs poured countless hours into building, programming and testing the robot that they brought to St. Louis last week. For many, that meant staying at school long after regular classes ended on most weeknights—working diligently in a portable outdoor classroom, where gears, metal scraps, and wires covered nearly every square inch of the floor.

The Robotics club is an important aspect of school culture for the adults involved, too. Mentors who oversaw the design process had backgrounds in carpentry, computer coding, farming, and machining. Cyber Cavs learned much under their guidance, about electrical wiring, computer assisted drafting and more.

But the tactile hands on work of constructing the robot is only one aspect of the club.

"Added onto that there’s the whole business side, like trying to get sponsors," explained Andrew, another committed CyberCav.

"We were in a division with 127 other teams and after two days of qualifying matches, we finished with a ranking of 10th in our division!"

"Most people find sponsors who are willing to give quite a bit of money to keep the robotics club going. Some teams do fundraising events and that kind of thing."

Raising money is in essential part of keeping the club running, he said. Fortunately, his school came together this year to help out.

In March, a Facebook update about the team qualifying to compete in the World Championships in St. Louis included an invitation for the community to raise between $7,000 – $10,000 by the end of the week, to help pay for the trip. Three days later, the school announced that the community had raised $11,820.

Those funds helped finance an experience that was well worth the trek to Missouri. In fact, the Cyber Cavs did even better than they expected said robotics Coach, Jen Vanderkooy.

"We were in a division with 127 other teams and after two days of qualifying matches, we finished with a ranking of 10th in our division!" she explained. "This was an incredible ranking and showed that our robot was consistent and proved to be capable of contributing to high scores in matches." 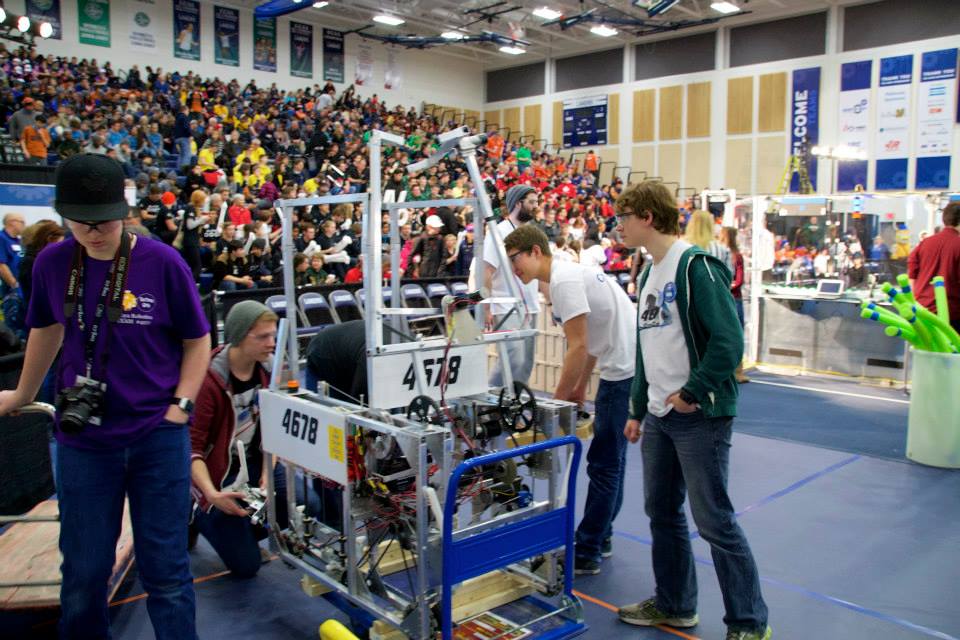 After the qualifying matches, the Cyber Cavs were invited to join an alliance that had earned an even higher ranking. The alliance competed in the quarter final matches but didn’t make it through to the next round.

"As it turned out, the winner from our division went on to win the entire championship," said Vanderkooy. "Which means we had steep competition within our division!"

The team’s excellent performance at the tournament is cause for celebration, but the St. Louis event is just one example of the Cyber Cavs’ admirable dedication to robotics. The path to the 2015 FIRST Championships has invited robotics enthusiasts at the school to dig into the nitty gritty of mechanics and programming, learn from mistakes, build on knowledge, and try their hand at running a small business. These efforts have added up to a strong season from the start for the Woodland CyberCavs.