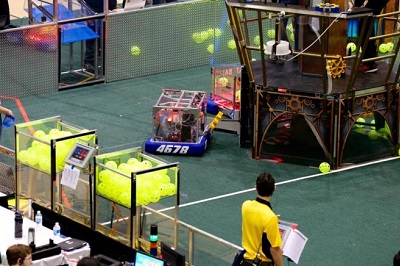 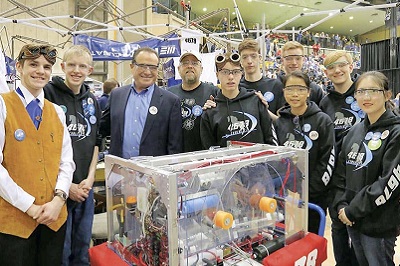 After a second-place finish this weekend, Woodland Christian High School’s FIRST Robotics team has their eyes set on another top finish at district competition, then provincials, and hopefully, worlds.

The CyberCavs, as they call themselves, earned silver at the competition held at the University of Waterloo. They’ll compete in their second district event in North Bay in two weeks. READ MORE 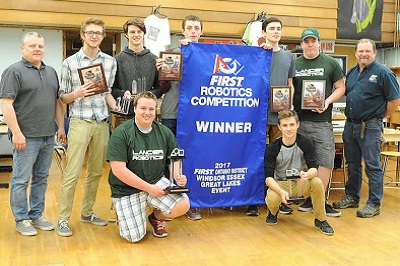 Two local high school robotics teams found themselves among the final group of competitors at an international event last month in St. Louis, their creations taking on the best from some 33 countries.

MAPLETON - A group of 36 teachers, mentors and students, including three Mapleton youths, travelled to St. Louis, Missouri from April 26 to 30 to take part in the FIRST Robotics World Championships.

The FIRST (For Inspiration and Recognition of Science and Technology) Championship presented by Qualcomm Incorporated is the culmination of the season’s FIRST programs, bringing together tens of thousands of students of all ages for the ultimate celebration of science and technology. READ MORE 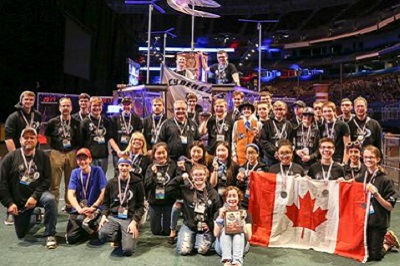 FERGUS - A student-built robot took a group of local students and their Woodland Christian High School classmates to the FIRST Robotics World Championships in St. Louis Missouri in April.

Among the students from the Breslau private school was Grade 11 student Liam Easterbrook from Ennotville.

"The school I go to has a robotics club," he said. "It’s school-based so when I saw that they had this I thought it was really cool so I decided to sign up." READ MORE